DISCLAIMER
The H. L. Burke Random Interview is not like other interviews. The questions are all over the place. They have no purpose. Their purpose is their lack of purpose.
There are nine questions because cats, but these nine questions (10 this time because the owner of this blog is bad at counting) are subject to change without notice, so the questions one person answers may not be the questions answered by the next author.
An author flutters down on delicate fairy wings! It is Missy Sheldrake!!!


Missy Sheldrake is an author/illustrator who has been conjuring images of fairies in one form or another since she was very young. The wind in the trees and the rich scent of forest earth are her most treasured sources of inspiration, and on most mornings you will find her wandering the wooded paths, dreaming of the next adventure she hopes to put to the page.


Missy was born in Connecticut and attended Western Connecticut State University, where she earned a Bachelor of Science in Art with a concentration in painting and illustration. Even then, in her free time, she was writing. She moved to Northern Virginia several years ago and lives there now, on the outskirts of Washington D.C., with her true love and their son. She published her first novel, Call of Kythshire, in March of 2015 and intends to keep writing as long as the fairies allow it. 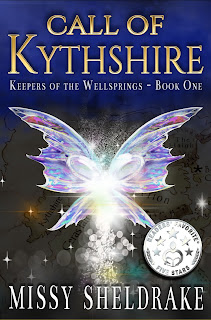 If you had a store, what would you sell?
I have so many answers to this question!  My first thought was art. I would love to have a store filled with artwork and books by a variety of independent, unknown artists and authors. People could come browse the shelves, view the art, and sip wine or coffee.
After pondering the question for a little while, though, I realized I had forgotten about my nap store idea. I’ve always thought someone somewhere should open a nap ‘n’ watch, where mothers of babies and young children could come and get a nice private room to take a nap in for a couple of hours, and in the meantime there’s a play area hosted by certified childcare professionals who watch her babies while she sleeps. I wish there was something like this when my guy was little!

Best writing tool: pen, pencil, keyboard, or crayon?
Keyboard and pen! I have an obsession with each. I do some of my writing on my ipad, and have a small collection of bluetooth keyboards. I finally found one that works just right - the Apple magic keyboard. I also have a thing for pens. I have a million pens, but every time I go to the office supply store, I beeline to the pen section. Something about them has fascinated me for as long as I can remember. My great-grandpa used to have a drawer full of all kinds of interesting pens. Maybe that’s why.

What's your sign? Mine is that one that warns you to watch for falling cows.
My sign says, “STOP! WRITE NOW!” I need the reminder or I just end up prioritizing housework all day instead of writing. I just now came up with that on the fly, but it’s an excellent idea. After I finish this interview, I’m making that sign and pinning it up all over my house.

What weather is your writing? A dark and stormy night? A sunshiny day?
It’s definitely sunshiny. A little warm with a pleasant breeze, until the freak tornado comes out of nowhere and scatters everything you know and love for miles and miles. But then the sun comes out again, and someone comes to help you collect things, and in the end you’ve made a new friend, so it wasn’t all that bad after all.

On a scale of 1 to 10, what do you think your chances are of surviving the zombie invasion?
Unless I’m already in some kind of zombie-proof facility decked with a laptop for writing and lots of delicious food when it strikes, probably like, a 2. P.S. Zombies seriously freak me out. I really, really hate them. A lot. Ever since Michael Jackson’s Thriller, I have been terrified of them. I like Thriller now, though. From an artist’s perspective, I can really appreciate the work that went into making that video.

You can time travel in an oddly specific way that only allows you to visit other authors. Where do you go and what do you do?
I’d love conversations with Jules Verne, Mary Shelley, Tolkien, C.S. Lewis, L. Frank Baum, Jim Henson, and so many of my other favorites who’re now sitting at that great typewriter in the sky. I’d ask them how they survived without social media and Amazon and Goodreads reviews to keep them motivated. I’d ask them whether they ever cared about sales, numbers, and public opinion, or whether they just wrote for the pure joy of writing. I’d observe their writing habits. Did they write every day, or only when the mood struck them? I’d learn some real perspective from each of them, I think.
You receive a contract that allows you to have any pet you want (mythical or real) but in return you have to spend a week AS a pet to a mythical creature of your choice (dragon, giant, sphinx?). Do you take it or do you decline?
If it means no laundry for that week, then absolutely! Ha! Seriously, I’d love a...oh. Hm. I was going to say fairy, but Flitt was in my head scolding me before I could finish the thought. Fairies are people, just like humans. They could never be pets. Shame on me. How about a fairy dragon, then? A tiny, talking dragon with beautiful rainbow wings who would follow me around and do magical things. I’d hope I could be a pet to a… huh! A fairy! I don’t know if any of them would have me, though.
What is the best dream you ever had? Alternately, what is the worst nightmare you’ve ever experienced?
I have a lot of dreams in which it’s an ordinary day, but I can fly. Not for long distances, but just very long, high leaps.It’s an exhilarating feeling. Sometimes if I really get going, I can jump on the wind and go very far, almost like actual flying. Sometimes, I can hover at the treetop level. Every time I have these dreams, it’s like a new discovery to me--look what I can do! This is amazing. I love the feeling that comes with it. Those dreams are my favorite.

Alternatively, my worst dreams are of angry skies over angry oceans. I can see the storms coming in from the horizon, and usually I take shelter in some place with large windows. As the storm charges closer, the ocean surges, and inevitably there’s a tidal wave that crashes into the window, smashing it and drowning me and everyone else inside. In these dreams, I’m aware I’ve had the dreams before, and I think it’s really happening in real life this time. All those warnings, and there’s still nothing I can do to stop it.

If you were to plan a “literary crossover” where the casts/worlds of two books (or series of books) were to combine, which would you choose and how would it go down?
I’m going to take this opportunity to plug a couple of my favorite indie authors, because I’d really love to see Christina McMullen’s Ellie from “A Space Girl from Earth” bump into LX from GG Atcheson’s “The Legacy” series. Princess space robot commander and vampire aliens, please.

If this question were any question in the world, what question would you want it to be and how would you answer it?
Question: What are your two favorite cheeses? Answer: Extra sharp cheddar, and Roquefort. 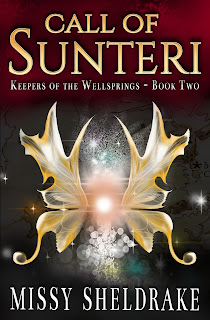