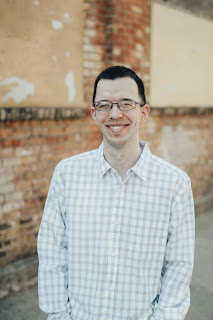 “I grew up playing Final Fantasy and watching Power Rangers. Then one day I sat down to watch a programing block called "Toonami" and my life was never the same. This is not hyperbole. It exposed me to Anime and later inspired me to write my first fanfic. This led to publishing my fanfiction on internet archives. One night I thought, "I'll write my own story from scratch. I'll be a published author." The next day I began the first chapter of what would become my debut novel, "A Mage's Power". In addition to novel writing, I've been practicing Tae Known Do since I was five and earned a first degree black belt in 2004. I started learning t'ai chi ch'uan in 2016. I also have bachelor degrees in English Literature and World History with a focus on the Classical Mediterranean.” 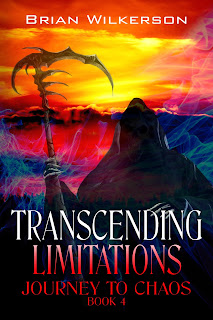 If you had a store, what would you sell? Books, energy drinks and cheerios. My targeted customer should be obvious.
Sum up your life in five words and two punctuation marks. Constantly focus and write faster!!
Did you bring me anything? A jar of mixed nuts with sea salt.
Vs movies seem to be all the rage. If you had to put one together, what on screen match up would you like to see? Ralph and Vanellope (Wreck it Ralph) vs Kenpachi Zaraki and Yachiru Kusajishi (Bleach), but it has to be in a racing game.
Write me some Vogon Poetry (for those not in the know, Vogon poetry is so awful you’ll want to rip your ears off and eat them. It’s considered a method of torture in many corners of the galaxy. So give us your worst). Blithly, blithly barg, Toni Tuni, targ, Twist the sound and mangle the cranberry Luki, looki, larg, Wiki, wonki, warg, Skip the apples and smash the stationary.
Can you simply walk into Mordor? If I had more than 10,000 men, then I would give it a try.
Favorite flavor (of what? EVERYTHING!)? Chocolate and peanut butter
What method do you suggest for dealing with dragons? It depends on the kind of dragon. You can't expect me to fight a European dragon with the same tools as an Asian dragon. There are many breeds and all of them have their unique methods of killing and being killed. Fighting Smaug is different from fighting Shinron. For the former you need keen eyes to spot a weak spot in his scales and a sharp weapon to pierce it and for the later it is recommended to use ki blasts and be as powerful as Demon King Piccolo.
If this question were any question in the world, what question would you want it to be and how would you answer it? The question "Where does all my time go?" and the answer would be "doing a mixture of planned and random things".