Book Review: The Lord of Dreams by C. J. Brightley 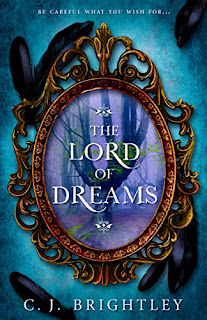 The Lord of Dreams

When a fairy king grants a human wish, there's more at stake than dreams.

Claire Delaney has a good life, despite her adolescent angst. But she wants more. In a moment of frustration, she wishes to be "the hero."

What she actually wants is to be the center of attention, but what she gets is a terrifying Fae king demanding that she rescue an imprisoned fairy, facing fantastical dangers and hardships she could not have imagined.

Yet the dreams--and the rescue--are only the beginning of her journey. She is at the center of the king's audacious gamble to end the war that has raged in Faerie for half a century.

I really enjoyed the style of this. The way it takes the shifting nature of a dreamscape and just runs with it is probably the strongest element of this book. I can see if you aren't the sort of person who has vivid dreams or if you don't remember your dreams, that could come across as a little confusing, but as is, it comes across as weirdly realistic considering the material/setting.


The story has a nice mix of magic and mystery and involves a lot of different faerie creatures. There's some very creative magic and ways that the magic has to be used or thwarted, which kept me entertained, and I liked the two main characters (the King who is not really all there for most of the book and the MC, Claire, who is dealing with him and understandably frustrated.).


A few small quibbles I had didn't really take away from the book, but they befuddled me enough to be mentioned: towards the end of the book there is a lot of talk about how far the main character has come and how selfish she used to be ... I never really got that she was all that bad. Yes, she did grow, but the person she was at the beginning of the book seemed to be reacting like most normal humans would be in her situation. Every time someone talked about how "selfish" she used to be, I didn't quite get it. Maybe because I'm a little more tolerant of human frailty than the average reader? I mean, if a book gives me a whiny, selfish, unlikable protagonist, I will totally stop reading, so I don't think I'm that accepting of it, but yeah, to me Claire was never really that bad of person.


For instance, at the beginning she's a sixteen-year-old girl who comes home to an empty house on her birthday and finds her parents have not only left her alone for a business dinner on her birthday (which is uncool) and they also only left her with frozen meatloaf to microwave (which she dislikes. I mean, come on, if you really can't be there for a kid on her birthday, at least leave her twenty bucks to order pizza and maybe a cupcake?), but towards the end we're supposed to feel that Claire has grown away from her selfishness to learn to appreciate her family more, not the other way around?


Which leads to my second quibble: this would've been a better book if the family didn't exist. It's a minor quibble because they are barely in the story at all, but it is very rare that I get through a book and think, "This would've been more interesting if the MC were an orphan," and this one did that. The family isn't given enough time on the page for us to be interested in them (which I liked because I wanted to focus on Claire, the King, and cool fairy magic), but because they exist we get an extra layer of denouement where the character has to deal with the fact that they do exist before we can get to the real ending. Though in the end, that was only like a chapter.