Learning and Growing as an Author 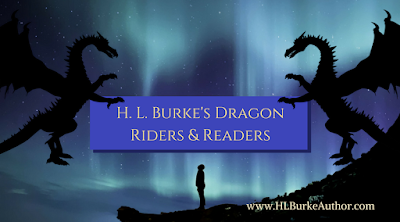 Recently I got a new review on Dragon'sCurse.

Some background for those who may not have been following me for that long or have a hard time keeping track of which book is which that I wrote (It's the one with the dragons … No, the OTHER one with the dragons … See what I mean?), Dragon's Curse was my first “real” book. While I've been writing in some way or another since always (and some of the stuff I wrote in high school did reach novel length), Dragon's Curse is the first story I put out for public consumption in a professional manner (not just posting it for free on my blog). This would've been over four years ago now (the book's publication date is in January of 2014). In the time of its publication it's received a little over a hundred reviews from various readers. The majority of these are positive. It's not a deep book, but it's kind of a fun book, and for the intended audience, it's usually enjoyable.

I keep telling myself to stop reading reviews, especially on my older books. I'm not really the same writer that I was in 2014. I've learned a lot since then. I've taken risks. I've (hopefully) improved … but that book served its purpose, it gave me a great start in indie publishing, and it continues to find new readers. Yeah, I could maybe obsess about how it could be “better” but there really isn't a need.

But anyway, my most recent review was a three star that basically said I had “potential” on this four year old publication but that my book didn't have enough world building to be truly “great.”

Ironically, if you look at my later books, a lot of the serious reviews are ALL about the world building. I think if you had to break down what people like about my books, world building would be second (after characterization. Writing, I'm capable, but I'm not a poet. My writing is very “get the job done.” I don't try to be pretty with it.). People love my magic systems. They want to live in Gelia City (the setting of Beggar Magic which was my publication immediately following the dragon series). They appreciate the time I spent making a cohesive world.

So did the latest 3 star reviewer not get it?Nope, they were spot on.I just got better.


Because they aren't the first reviewer to mention that I maybe could've spent a little more time on world building in that series. That was a fairly immediate complaint from various reviewers.

And the thing is, I listened. I noted that was something readers wanted more of, and I got better.

I intentionally put more details onto the paper. I intentionally chased down a few side ideas that were kind of brushed over because I didn't think they “mattered.” I spent a little more time considering what the world meant to my readers.

And it wasn't about reviewers pushing me around or making me doubt my artistic voice. My first series was, by all definitions, “good enough.” Because it gave readers a good time. It gave them characters they liked, and took them out of their world for a bit. For some readers who are able to fill in the blanks with their own imagination or who are more into the relationships than the way magic works or the way governments are run in the stories, it remains a satisfactory read.

But I had further to go. I had more to say, and I I learned how to say it.

So I guess my point is, don't always assume that negative reviews have to get you down as an author, and as a reader, don't be afraid to include criticism in your reviews just because the writer was "trying so hard."

I'm iffish on the idea of reviewers thinking they can "fix" the way authors write. The urge to improve needs to come from the writer, and I've had opinions all over the map about my writing from enough reviewers that I know not to jump if just one reviewer points out a "flaw."
But if you're seeing a repeat theme, don't throw up your hands and give up.
Try to get better.