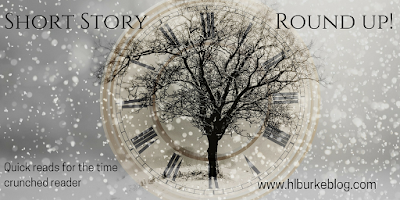 Here's a quick run down of some of the titles! (some of these reviews will be very brief, and they are all just my opinion. I'm very picky about what I read, and while a lot of times I'll stop a book and just put it down if it is 'not my thing' I'm more likely to finish a short I'm not particularly enthusiastic about. However, most of these stories are free or cheap, and all of them are short, so if you are at all intrigued by the premise, I'd suggest checking them out, no matter if they were my favorite or not).

(there are affiliate purchase links in this post. I'll mention if the book is free at the time of posting, but remember, prices can change, so please verify the prize I mention is live before purchasing). 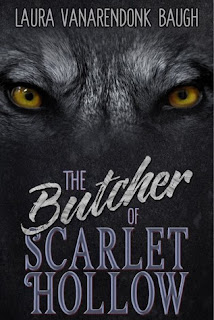 The Butcher of Scarlet Hollow

Epifania is good with a knife -- she has to be, running a butcher shop -- and she knows the weapon which has killed four people in her small village isn't a good blade. It's harder to say whether the victims were werewolves or innocent humans, as they're all the same once dead. When woodcutter Peter appears in the village, Epifania's aged Granny has her suspicions, but no one is ready for what happens when they go hunting wolves.
Subscribe to the Author's Newsletter for a Free Copy

This was a freebie through the author's newsletter. Though (to my knowledge) it doesn't connect to a larger world/series, it does have a little bit of an "origin story" feel to it, as if it could be an introduction to a character's ongoing adventures. It's a tight little story, and I appreciated the main character as a butcher (which I don't think I've seen highlighted before) and how it led in to her continuing adventures.
While short, it feels complete. Though it could easily be seen as a launching pad for more, there aren't any dangling "questions" that make me unsatisfied with it.
My one little hang up would be that I was a little confused by the morality of the end game (which is hard to get into without being spoilers) ... and not every book has to have a cut and dried morality, but it was one of those, "I'm not sure the aspects of this have been explored enough for me to just follow this to the conclusion."

... because the wolves seem to have potential to be good, normal, loving humans ... and there's a suggestion that they can't stop themselves from hurting others, so maybe wolf killing is just inevitable, but it seems like it's only during a "super moon" (not the book's exact phrasing, but that's the idea of it) situation that they really can't control it by locking themselves up and taking precautions, which is a once a year thing and seems like if you wanted to you could find a better solution than just killing them off.
The idea that the crazy old granny was killing them to protect her granddaughter, sure ... but the main character was just a little too accepting of this, of her destiny as a wolf killer, considering that there was time taken to show the humanity of at least one dead wolf. Felt like there should've been more struggle there to reach that conclusion.

But that's a constant thing with short stories that have complex ideas. It's not like you could shove in several pages of the characters debating philosophy and morality to come to their conclusion without dragging down the pace.
So if you're looking for a tight story with mystery, suspense and some grim fairy tale world building, this is a good read. 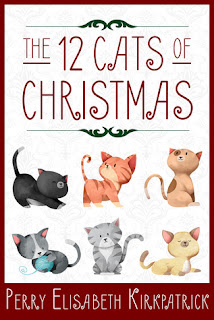 The 12 Cats of Christmas (The Kitten Files)

"What you need is a cat."
When her beloved dog passes away just before Christmas, Gloria isn't sure about her best friend's advice. Holiday hilarity ensues when a new cat shows up on her doorstep each day. Who's leaving the cats? And why? Will Gloria's Christmas go up a poof of pet fur, or will it prove to be the most purrfect holiday ever?

This is a short story (approx. 17 minutes reading time).
Purchase on Amazon


This is hard for me to rate because I liked it. It was a quick read. It provided kitten cuteness, and some humor, and I really like cats ... but I also had some things about it that made me uncertain of what sort of world I was in, and admittedly, I am not a cozy mystery reader.

The main character had a good voice, believable reactions to things, was very much a real character, as was her best friend. The writing was smooth and professional.

That all led to a nice "real world, real people" feel, but I think that called attention to aspects of the story that I might've dismissed as "well, it's just a silly holiday story, so I'm not going to overthink it" if those aspects hadn't been so good. It's like with Hallmark movies or Sitcoms, you turn off your brain to "but that's not really making sense to me ..." because they are silly movies with over the top acting and unbelievable dialogue (basically cartoons for adults), and it is the cartoons for adults aspect that really makes me tune out most cozies, because I run into that all the time ...

So when you present fully fleshed out characters with realistic dialogue and decent writing/descriptions, but give me a cozy "turn off your brain" plot, the disconnect makes me not sure if I should rate this high for being a fun, sweet sugar snack or low because it was less of a meal.

Little disconnects like the character needing to consult a P.I. to figure out to call the animal shelter she knew the cats were coming from to try and figure things out (which would've been the obvious step to any adult) ... or that a shelter that had enough of a privacy policy together to not be willing to tell her at first who was sending her cats didn't have a policy that might've made them stop and ask why an elderly man was suddenly adopting a cat a day. You have to think if Gloria had just mentioned to the shelter, "These cats are showing up at my house and I have no idea from where ..." they would've A. Not let the guy adopt another cat, B. Maybe had some sort of plan in place to deal with the cats because a lot of shelters have return policies from people who get pets but can't handle them or something ...

I also could've used more time with the cats, but that's kind of like saying "I could've used more money, more love, more happiness in my life." There just is never a point where you'll find me saying, "That was enough cat." Cat cat cat.

But then you fall back on, this was a 15 minute read story and there probably wasn't a lot of time/space to create a huge, detailed plot world (and I figure the private eye character is there as a tie in to the larger series I haven't read, so he's probably more an Easter egg than anything else) ... so if we go back to "spun sugar snack" then, yes, this was a lot of fun to read and I would recommend it.
I just happen to have a "but what about ..."

So if you are not an overthinker ... or even if you are, but you really really love cats ... you will probably enjoy this.

The Royal Deal (Chasing the Romantics #1)

by D. G. Driver
A pampered princess is told she must marry a prince she doesn't like, let alone love, on her nineteenth birthday. Desperate to find a way to stop this arranged marriage, she makes a bargain with her father. If she can survive for three months in the forest with no help of any kind and return healthy and unharmed, then she can choose the man she will marry. The King accepts the wager, knowing he can't possibly lose. Princess Faith knows she must win this deal, but once she ventures into the forest, she has no idea how she can possibly succeed.

This is a tight little story with a satisfying payoff ... I think I expected a little more romance and maybe some magic (there is no magic in this at all), just based on the branding, but this is more a story of survival and growth.
The end is very practical rather than romantic, and while there is a little warm fuzzy romance developing in the middle, you don't really get that in the ending. It's more about the character learning to take responsibility as a leader and the "character also fell in love during this" kind of gets put to the side as a minor detail. But if you're looking for a story with a reasonably vulnerable and flawed but still "you want to root for her" heroine who goes through growth through hardship ... you'll get that.

Content concerns:
some talk about whether the girl maintained her "purity" on her adventure towards the end might be kind of awkward for younger readers, so not 'oh, this is a fairy tale so I'm going to read it to my six-year-old', but fine for any kid who has had "the talk."
I received a free copy from the author. Opinions are my own.