Short Story Round Up 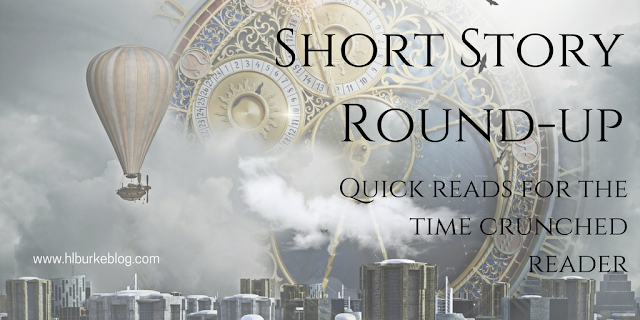 Terrified of getting behind on my Goodreads challenge (it's a thing), I'm binging short stories again.

Here are my most recent reads and my take on them.
(this post does include affiliate links)

by Kyle Robert Shultz
This is the happiest day of Lady Cordelia Beaumont’s life. The man she loves has finally asked her to marry him.

Yet something doesn’t seem right. Is Robin Locke IV truly the one to whom she has pledged her heart? Is Nick Beasley really supposed to be in love with someone else? And what do magical cabbages have to do with it all?
(free to download on his website at time of posting)

This is a funny, cute story that combines elements from A Midsummer Night's Dream with our favorite heroes from the Beaumont and Beasley series.
This one is very Cordelia centric, and while I appreciate her quick thinking heroism, I did miss Nick and Crispin being ... themselves. They're in here, but they aren't themselves. You'll have to read it to see.
A quick read. I don't think it is essential to following the series, and it's not as funny/exciting as the series (this scenario could be high stakes, but it's played decidedly low stakes... reminded me a lot of the Grimm episode where they all got the love potions, which I have a fondness for because it was filmed at the hotel where Matt and I spent our wedding night, personal aside there). 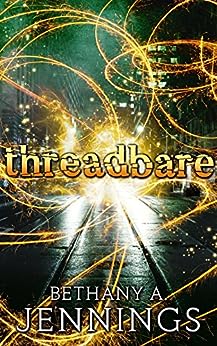 by Bethany A. Jennings
What happens when your gift turns against you?

All her life Bess has known the magic streams around her, waves of power she can draw from to wield the gift of magical threads. Now the youngest member of a team of Anchors, she helps protect the city streets from Drifters—energy thieves who prey on the life force of ordinary humans.

But when a battle leaves Bess’s threads in an irreparable tangle, she is faced with an agonizing choice: sever her threads and lose her magic forever—or be slowly consumed by her own power.
Purchase on Amazon

Quick paced short story. Feels a bit like a quick dip into a much bigger world, though to my knowledge there isn't another story here. The tale in itself does feel complete. It's little things like the mention of a handful of side characters who aren't the focus that make you feel this is a window to a world rather than a panorama.
The ending does feel a little unexplained. I think it's meant to be an act of fate/reward for sacrifice, which isn't a bad thing, but I wasn't sure if that was intentional or just my interpretation because it is left a little open ended.