Our next author flies in on a parrot. It's Chrys Cymri!

Priest by day, writer at odd times of the day and night, I live with a small green parrot called Tilly because the upkeep for a dragon is beyond my current budget. Plus I’m responsible for making good any flame damage to church property. I love ‘Doctor Who’, landscape photography, single malt whisky, and my job, in no particular order. When I’m not looking after a small parish church in the Midlands (England) I like to go on far flung adventures to places like Peru, New Zealand, the Arctic, and North Korea. 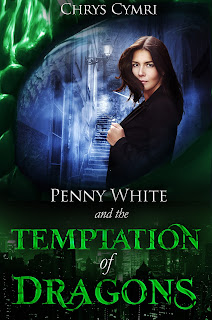 You're walking along the seashore when you see something sticking out of the sand. What is it and how do you approach it?

It’s a large golden egg. I’d approach very carefully, looking to see if there are lines to show whether it’s beginning to hatch. And I’d wait until it did.

It’s said that a person isn’t really a British citizen unless they’ve had a dream about having tea with the Queen. So, the morning I woke up having had such a dream, I felt I was finally British.

My nightmares used to be that of a huge wave (tsunami) chasing me up the beach. I finally conquered these nightmares by turning and running into the wave instead of running away. One day I’ll have therapy and find out what all this meant…

If you were to plan a “literary crossover” where the casts/worlds of two books (or series of books) were to combine, which would you choose and how would it go down?

I would love to have a cross over story between Doctor Who and ‘Charlie and the Chocolate Factory.’ I am convinced that Willy Wonka is a Timelord, and the chocolate factory is actually inside his TARDIS. I’d love to write a story about a Dalek invasion, and the Doctor and Willy Wonka win by drowning the Dalek Emperor in the chocolate river.

If you could bring any inanimate object to life, which would you and what would you do with your new buddy?

Many years ago, I had an artist sculpt a small sculpture of a gryphon. The bird part is based on my parrot, and the cat part on a cat who owned me many years ago. I’d love for that sculpture to come alive and be friends with me and my parrot. We’d have such fun together!

What’s a woodchuck and why would he?

Ability to breathe under water, ability to fly, or invisibility? Choose wisely.

Fly, please, so I could keep up with the parrot and the gryphon I’ve gained from the earlier question.

If you had to board yourself up in a store to wait out the apocalypse, what store would you choose?

An Apple store. I don’t want to survive the apocalypse, so I might as well have some fun until the bitter end. And I really really want an iPhone X.

I have the ability to do without sleep. Then I could spend those hours creating dreams instead of having them.

All the world leaders would come to me and ask, ‘Shall we declare peace?’ And I would answer, ‘Yes. Make it so.’ 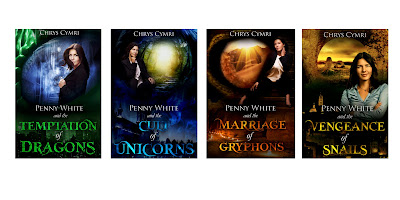