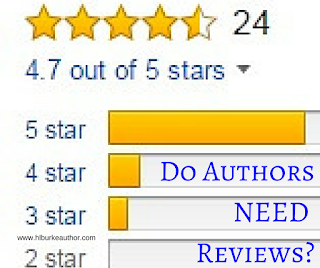 I occasionally like to take to take down a sacred cow of the Indie Author world. Our groups can become a little bit of an echo chamber where we all share our frustrations and experiences and memes and articles that back up that experience without necessarily any oversight as to the accuracy of claims made in said articles.

But one admittedly frustrating part of the author experience is the periodic deletion of Amazon reviews by Amazon for seemingly arbitrary reasons. It's almost on a schedule now. Amazon does a sweep and reviews disappear. There's a lot of speculation about why reviews get chosen, but until Amazon itself makes a statement with a careful list of rules to follow for both reviewer and author (they have their review guidelines, but I follow those already and still lose occasional reviews), I have kind of just accepted that there's nothing I can do about it. That it's Amazon site and they'll do what they want on it.

I honestly think it is worse for the reviewer because I, as an author, didn't do much to get that review. The reviewer took the time to write it, maybe had to think of a good way to phrase it ... and if they only posted that review to Amazon, it's now gone. (My suggestion to readers who like to leave well-thought out reviews which they'd be sad to have evaporate: don't only post to Amazon. Create a Goodread's account, a personal blog, or even just a list of notes on your Facebook profile so you have those words for record).

But for authors ... is this really as awful as we think it is?

I see it said a lot that Authors NEED Reviews?

I'm going to break down a few reasons authors might THINK they need reviews and consider, is it actually true?

There are a lot of different versions of this going around author circles. Usually these are in memes that claim that if you hit a certain number of reviews you will get on Amazon's email newsletter to readers (Not true), or that you will show up in the "also bought" section of other books (also not true), or that it will increase your sales ranking (Dated. Apparently this USED to be the case, but is no longer true), or will give you a boost in Amazon's Algorithms (Unverified. The closest I've seen to this being verified by Amazon is a tweet from someone who said they worked for a publisher and an Amazon rep told them books with 15 or more reviews get algorithm preference, but this is second or third hand with no indication of when this was said, so it might also be dated).

Caveat: Some readers WILL pass up a book if it does not have reviews or has an overall low rating. This is not a measurable effect. Some readers claim that they do not consider reviews at all when making choices. I do admit that if I see a book out for any length time with no reviews, I wonder if there's a reason no one who read it felt it was worth saying SOMETHING about, or if no one just read it. It's like walking down a street and seeing a bunch of busy restaurants and one with not a single occupied table ... you wonder what's wrong with that restaurant. Though it could be the restaurant just suffers from really poor advertising practices.

One of the most common advertising methods for authors are free and bargain book email newsletters (BookBub being the most prominent, but there are hundreds of them, like eReader News Today, Book Barbarian, My Book Cave, etc).
Some of these DO have a requirement for a certain number of reviews before they will advertise your book ... but this is where it gets complicated:
1. BookBub, the big guy, has no stated review requirement. Neither does eReader News Today. BookBub says they take reviews into consideration, but the two times I have been accepted, it was with books with under 30 reviews, whereas they've repeatedly rejected books with 75+ reviews that I've attempted to promote with them.
2. Book Barbarian requires 10 Reviews but will waive this on a new release if you have a previously published book with 50+ (and a 3.5 or greater rating)
3. My Book Cave requires 5+ reviews, prefers 10-20, will make exceptions for authors with a good track record on other books.

And like I said there are HUNDREDS of sites, each with their own requirements. I won't list them all, but the point is, you CAN find advertising venues that have no review requirement and having reviews won't guarantee you a spot on Book Bub.

There are also a lot of other advertising methods (AMS, Facebook ads, social media generally) that don't require any reviews.

Reason Three: It Tells Authors Someone is Reading/Cares:

True or False: MOSTLY true (but not the only way to do this.).

Writing can be kind of lonely, and there's a lot of self-doubt involved. A lot of times a review, a positive review, will be the spark that keeps an author going when they were starting to get discouraged (double-edged sword because some reviews are negative). I have blogged in depth about how review reading can be good and bad for an author, how we can chase that high of a "nice thing said about us" ... but there's no denying that a high rated review that says something nice about your book is like a reader reaching through the internet to give you a back pat.

However, if you are a reader who cannot for some reason leave a review (Amazon doesn't like you. You have financial difficulties which means you don't have a card to attach to an Amazon account. You are not located in a country with an Amazon site), and you STILL want to virtually hug an author...
Send them a note on social media or via email (most authors have contact info online somewhere). Tag their social media in a nice tweet or public Facebook post.
There are a lot of ways to feed and care for your authors.

Anyway, don't get me wrong. I LIKE reviews, but every time I see authors panic that they will lose sales because they lost a review or can't get their reviews past a certain magic number ... it makes me ... 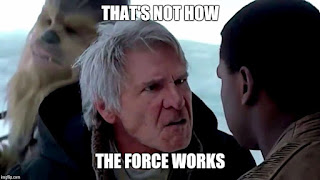 So it's okay to be annoyed if your reviews go away (as a reader or a writer) because dang it, those were there, and they MEANT something, but don't panic. 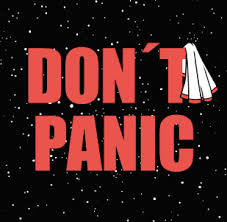