About The Electrical Menagerie
The Electrical Menagerie, one-of-a-kind robotic roadshow, is bankrupt.
Sylvester Carthage, illusionist and engineer, has the eccentric imagination the Menagerie needs to succeed creatively — but none of the people skills. Fast-talking Arbrook Huxley, meanwhile, has all the savvy the Menagerie needs to succeed commercially — but none of the scruples.
To save their show, Carthage & Huxley risk everything in a royal talent competition, vying for the chance to perform for the Future Celestial Queen. In this stardust-and-spark-powered empire of floating islands and flying trains, a shot at fame and fortune means weathering the glamorous and cutthroat world of critics, high society, and rival magicians —but with real conspiracy lurking beneath tabloid controversy, there’s more at stake in this contest than the prize.
Behind the glittery haze of flash paper and mirrors, every competitor has something to hide… and it’s the lies Carthage & Huxley tell each other that may cost them everything.

"Dazzles from start to finish. In Carthage & Huxley, Sherlock & Watson fans will find another dynamic duo whose ready wit and sizzling banter (and inevitable personality clashes) never fail to delight. You'll be calling for an encore performance." Gillian Bronte Adams, author of The Songkeeper Chronicles

"The stuff that fandoms are built on." Kyle Robert Shultz, author of Beaumont & Beasley 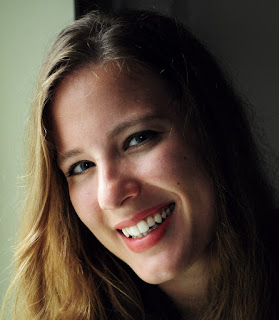 About the Author
Mollie’s first job was with a major theme park, where she operated a roller coaster, fixed parade floats, and helped Scooby-Doo put on his head. Now, Mollie is a movie producer and the author of character-driven science fiction/fantasy novels for adults who never outgrew imagination. Her favorite things include Jesus, dinosaurs, and telling cinematic stories that blend glitter and grit.

A note from the editor: regular subscribers to the Celestial Gazette will know that we usually feature a column from our own “Eleanor Etiquette” in which she answers troubling questions submitted by our readers. This week, Ms. Etiquette is on holiday, and she has been filled-in for by Mr. Arbrook Huxley, producer/manager of The Electrical Menagerie. Mr. Huxley thanks our readers for all of the questions they submitted to him, and regrets that he is only able to answer a few. Ms. Etiquette’s regular column will return next week.


Settle a dispute between my tailor and I. Can I wear paisley trousers to an evening ball if the ball takes place after Anaharvest?

Your tailor is right. One should avoid wearing paisley trousers after Anaharvest. As well as before Anaharvest, during Anaharvest, and whenever else one wears clothes.
In short: nobody looks good in paisley trousers, and you should give your tailor a generous tip. He was trying to dissuade you from a fashion catastrophe in the politest way he knew how.

My mother has taken to enforcing her will on my poor wife and I. Her latest is to insist we should name our new son “Zebedekiel”, an old family name which we both despise — and I’m afraid resisting her suggestion may deeply affront her.

Perhaps you should stop worrying about affronting your mother, and start worrying about how affronted your child will be as soon as he’s old enough to realize his parents named him “Zebedekiel”.

Mr. Huxley, I am twelve years old and I should like to be in show business like you and Mr. Carthage. What is the secret of success?

Why should I divulge any so-called secrets to a future competitor?

I am caught in a terrible quandary. A love triangle, as the sagas say. I have received not one, but two proposals of marriage. The first gentleman — let us call him Tall, Dark, and Sensible — is a well-bred man of inheritance. The second — shall we say Strong, True, and Charming — is a rail worker, but I am so taken with him, and he is with me. I feel so torn. Should I marry for love?

Either way you will be marrying for love. You just have to decide if you are more in love with affection, or with affluence.

Dear Mr. Huxley. I saw your show when it came to Helvetia Isle. I was so inspired by Mr. Carthage’s magnetic presence on the stage that I decided to paint a portrait of him. But the black-and-white photographs in the holopaper are hardly helpful reference. I was wondering what his eye color is.

I have no idea what color his eyes are; as gentlemen we generally make a point to avoid sustained eye contact.

My new employer is an avid horseman, and has invited me to go riding. I understand this will be a country hack over rough terrain, and I am sure he is the better rider than me. I am terrified of humiliating myself — what if I come unsaddled?

If your employer is truly an avid horseman, then he has likely fallen once or twice, as have I. It is not the falling off that defines a man’s mettle in the stirrups — it’s the getting back on.

My son, despite showing great promise in youth, has recently embarrassed himself with a series of misadventures. I worry about the eccentric company he keeps, his strained finances, and the fact that he is twenty-five and continuously unmarried. He is my only son and I will die of shame if I have no grandchildren.
How can I convince him to give up his bachelor lifestyle and settle down?

Mother, is that you?


About Arbrook Huxley: A citizen of Fallsbright and graduate of St. Albion’s, Mr. Huxley now lives abroad in the mainlands, touring with The Electrical Menagerie, a one-of-a-kind roadshow starring illusionist and engineer Sylvester F. Carthage. 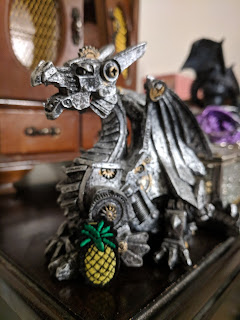