Our next author does not come unarmed. She has a mysterious box, a strange device, and a razor sharp wit. She is ... ANGEL LEYA!

Angel Leya focuses on creating clean young adult fiction with a touch of magic and romance. It also happens to be what she enjoys reading, and she blogs regularly about her latest reads. With a tendency towards writing different shades of fantasy and light sci-fi, her stories are intended to transport readers into worlds of possibility and wonder. When not writing, you can find her daydreaming about her stories and searching for her own adventures. Feel free to drop her a line any time. She hopes you enjoy her fiction as much as she enjoys writing it! 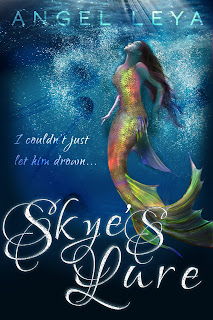 If you had a store, what would you sell?
Chocolate, ice cream, strawberries, fantasy novels, and glitter. Because who wouldn't want to buy at least one of those things?

Sum up your life in five words and two punctuation marks?
Where did the time, go? (Did you see that Shatner comma? Did ya? Did ya?)

During an alien invasion, what would be your weapon of choice?
An auto translator device. It'd be easier to figure out what they're up to if I can understand them. :)

What's in the box? What box? How should I know!? You're the one standing there with an imaginary box!
A lady never tells. ;)

Favorite flavor (of what? EVERYTHING!)?
Chocolate. Or maybe steak? Nope, strawberries. Oooh, or cheese (is that a flavor? I think that might be a flavor).

Oh, I know: Garlic! Proof positive I'm not a vampire. (You weren't thinking that? Well, hmmm...) *whistles and walks away*

What method do you suggest for dealing with dragons?
Aaaand, I'm back. Hehe. *smiling, but a closed-lipped smile, almost like she doesn't want to bare her teeth...*

First, enlist Penny White (for those of you who don't know, she's the heroine of the series by Chrys Cymri). Penny's a bit of an expert. And if Penny's not available, Chrys would do in a pinch. ;)

Then, gather gold, because dragons. You'll want to have something on hand to barter for your life with.

Finally (and I'm assuming this dragon can talk, otherwise you'll probably look rather foolish), invite it for a large bowl of tea. I hear they can be rather sociable, and what better way to be sociable than with a cup of tea?

If all else fails, you may just want to run.

If this question were any question in the world, what question would you want it to be and how would you answer it?
I'll admit, that's a rather broad question. I mean, ANY question? Any at all?

To which, I'm sure you'd answer yes. But the question isn't for you, it's for me.

So, your question for me would be: What, is your favorite, color? (See those Shatner commas again? I love, a good, Shatner, comma.)

To which I would answer: Glitter. 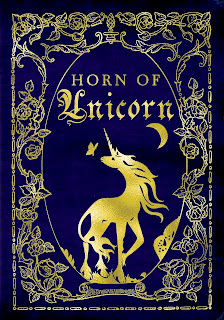 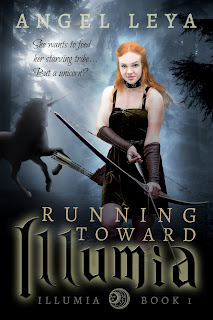