Our next author enters escorted by a majestic looking cat. She is JUSTINE ALLEY DOWSETT!


Justine Alley Dowsett is the author of nine novels and counting, and one of the founders of Mirror World Publishing. Her books, which she often co-writes with her sister, Murandy Damodred, range from young adult science fiction to dark fantasy/romance. She earned a BA in Drama from the University of Windsor, honed her skills as an entrepreneur by tackling video game production, and now she dedicates her time to writing, publishing, and occasionally role-playing with her friends. 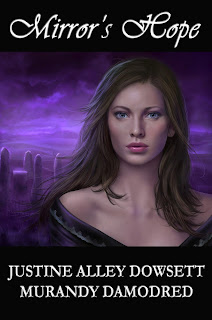 
Your life is being made into a movie. Who plays you? Who plays your love interest? (or who plays your arch-enemy?)
Oh, wow. My life isn’t the story I would expect to be made into a movie. I mean, one of my books, sure, but my life isn’t something I would expect anyone to focus on. However, if that’s the case, then I really don’t care which brunette actress they choose to play me, but my romantic interest would have to be Dean Cain circa 1995, around the time he was playing Clark Kent on Lois and Clark, the New Adventures of Superman. I was obsessed with that show when I was younger and Dean Cain’s Clark Kent is my ideal of the perfect man. Which, if you’ve ever seen the show, you’ll understand that it is quite possibly why I write fantasy rom coms today.

Did you bring me anything?
I didn’t know this was a potluck, or a party where presents are expected! I’m sorry, all I brought with me was my books. You can read them if you’d like? I’ll happily leave you with either ebooks or paperbacks, your pick! I write fantasy/romance primarily, though my older works are all YA sci-fi. Unintended is my favourite out of everything I’ve written. It’s a shakespearian-style comedy featuring four main characters with interweaving plots. I’ll sign a copy for you if you’d like!

When cats take over the world, how do you plan to win their good graces?
I should hope my cats act as ambassadors on my behalf, especially my beloved Lews Therin. He’s a gorgeous blonde maincoon with a sweet temperament. He basically runs our household, so it would make sense that he would be the one to represent us to our new cat overlords. I trust him to say the right thing and make the right connections on our behalf. And besides, I’m clearly used to living under cat-rule already, so I don’t think there would be much of an adjustment period.

If you could grant one species of animal the ability to talk, which would you choose?
Well, cats, obviously. As mentioned above, my personal cat-overlord is Lews Therin. My husband belongs to Lews Therin’s sister, Krall and we also have a tabby cat living with us much to the dismay of the first two cats mentioned. They would rather Sir Rama live somewhere else, but he’s claimed the territory and he will defend it until he breathes his last.

Describe your writing as a film genre.
Have you ever seen The Princess Bride? My writing is a little like that. It’s got romance and adventure, comedy and action. It’s set in a fantasy world, usually (sometimes sci-fi depending on my mood) and all-in-all it’s a great blend of genres that is hard to market as any one thing. I’ve settled on calling it fantasy-romance, but it’s so much more than that. If you like strong characters, imaginative settings, and intricate plots with strong romantic elements, then welcome to my collected works; I’m happy to have you.

What is the best dream you ever had?
The best kind of dreams are those where I come up with stories and get to live them out when I’m sleeping. I live for stories. My biggest hobby, (other than writing, I suppose) is roleplaying. Once, while napping, I had a dream where I envisioned the setting and plot for a game I could run for my friends. When I woke up, I described the game idea to the would-be players and they were all for it. That’s how we ended up playing a year-long game centered around an intergalactic bowling league competing for the fate of the universe. I have weird dreams, sometimes.

If you were to plan a “literary crossover” where the casts/worlds of two books (or series of books) were to combine, which would you choose and how would it go down?
I’ve done this. As I mentioned previously, I love roleplaying. I once ran a game I called, “The Multi-verse” where I essentially combined a number of well-known fictional worlds into a galaxy and then had my players create a team of characters ‘chosen’ to save the galaxy from an external threat. That particular game didn’t last long, but I’m no stranger to cross-overs. For the record, the best part of that mashup was Piers Anthony’s Xanth, the sci-fi show, Farscape, and K.A. Applegate’s Animorphs.

You can time travel in an oddly specific way that only allows you to visit other authors. Where do you go and what do you do?
I wouldn’t need time travel to visit other authors, but a teleporter would be nice. I’d like to be able to spend more time with the authors I represent as the owner/publisher of Mirror World Publishing. They are all great creative geniuses and I wish sometimes we lived closer together, as much fun as it is to connect through facebook and emails. Seriously though, if you’re a fan of creative and imaginative fiction set in other worlds, times, and places, I would definitely suggest to check them out. They’ve got some great books between them.

If this question were any question in the world, what question would you want it to be and how would you answer it?
Having already gotten to introduce you to my cats, my other babies are my books and I will use any excuse to talk about them. Neo Central, my first book, is a standalone YA sci-fi set in a futuristic dystopian city where magic is electricity and two teens try to find their place amidst a growing revolution. After that, I wrote Crimson Winter, a YA sci-fi trilogy about a Japanese highschool student chosen to save the planet she gets stranded on. Then there’s the Mirror World series I wrote with my sister. It’s dark fantasy filled with parallel worlds, intrigue, and seduction. And finally, Unintended and Uncharted, two romantic comedies set in the fantasy world of Ismera. 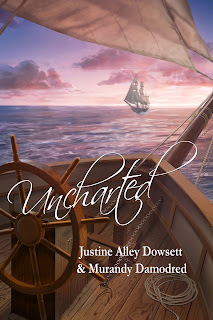 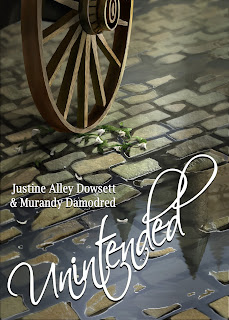