Today's author stomps in from a journey, possibly to Mordor. It's DANIEL PEYTON!

I was born in Stillwater Oklahoma, grew up around a lot of heat, tornadoes, and Oklahoma State University. Early on, I learned I enjoyed entertaining. I started as a dancer, learning tap, jazz, and some ballet. In elementary school I began learning to play the violin and still play now and then. However, in the fourth grade I discovered the type of entertaining I would truly fall in love with—writing. From that year onward, I have been writing stories. In 2000 I moved from Oklahoma to east Tennessee. I fell in love with the mountains and all the history of the area. I spent seven years working as a shift leader at Blockbuster Video and four years as an ad specialist at Kohl’s department store. From 2002 to 2014 I traveled all over America performing with the Miyagi Ryu Nosho Kai dance and music school. In 2008 I was made a distinguished member of the Sigma Alpha Iota for my work in music.

Through it all, I kept writing. In 2008 I published my first book. However, it was a terrible experience. I had no idea what I was doing and fell victim to a predatory publisher. They ruined the book and soaked me for all the money I had. In the end, they got sued, I was part of that lawsuit, and they went under. It put me off of publishing for a few years. I still wrote, but I had no ambition to publish. That is until I was introduced to Kindle publishing in 2012. I self-published a book called The Crystal Needle as a gift for friends. People loved it and wanted more, so I wrote more. In 2014 I finally felt comfortable enough to seek a publisher again. I met author Cris Pasqueralle and he introduced me to his publisher, Cosby Media Productions. I was a little skeptical at first due to my past. But, was happily proven wrong about publishing and signed a deal with them for my series Legacy of Dragonwand. CMP has published 6 of my books so far, and has three more in line for publishing. Most recently, I signed another book to a new publisher, Synecdoche Publishing, which will debut soon. My journey in publishing has only begun…” 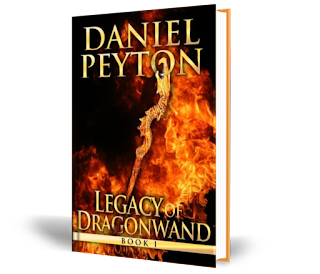 Can you simply walk into Mordor?
I'd have to check the weather first, if the humidity is bad and the chances of falling pumice is high, it would bother my allergies. However I called Mordor Parks and Rec, the troll I talked to said something about really good jogging paths around the killing fields. He asked if I could try to not jog too hard though, something about the salty sweat messing up the marinade, not sure what that was all about. He did say that the Eagles might be playing, at least I thought that's what he was talking about. Must be an outdoor concert event.

If you had to board yourself up in a store to wait out the apocalypse, what store would you choose?
Any all you can eat buffet, I mean, seriously, they've got enough food for like a small city. That should last me a while. By the time I'm done with that, I'll be old enough not to worry about dying anyway.

When cats take over the world, how do you plan to win their good graces?
I'd never suck up to dictators like that. Cats would make terrible rulers. I'd go and join the Dog resistance, they would need a good leader. And, I already have plans. I would put on a cat costume and get in to the feline headquarters, then I'd place fragile glass objects on precarious shelves all over the place. Finally, I'd glue everything down. While the world leaders spend all day trying to shove the stuff off the shelves, the dogs would over take the cats and win the revolution. VIVA ROVERLUTION!!

Pirates, Ninjas, or Vikings? Choose carefully.
Ninja's. Pirates are scum who stab each other in the back over grog. I don't like cold cold weather, so no Vikings. Ninjas, they are organized, live under a code, and only kill when hired. The food would be good, you could live in disguise among other people and never been scorned for your lifestyle, and when the time called for it, you can execute others in extremely cool fashions. Plus, I'm fat and black is slimming.

I know exercise is good for me, but it is not entertaining. What methods do you suggest for making workouts more fun?
This ties right into the first question. You see, the troll I talked to in Mordor Parks and Rec said that they have personal fitness assistants that help keep your motivated. Actually, how he put it is that you will be chased vigorously by hungry orcs who want to deep fry your drumsticks. But, it's all in how you look at it. An exciting run is always a good way to distract yourself while you put in some real distance. And, hey, if you survive, you'll be trim and healthy. If they catch you, at least you're drumsticks will be tough.

What weather is your writing? A dark and stormy night? A sunshiny day?
A sunny day that turns into a stormy night. You know how it goes, wizard heads off for a nice, fun day...then crap happens. Dragons get involved, evil darkness from ages past shows up and wrecks the party, then plague spreads, imps are everywhere...

Which natural element (earth, wind, fire, water) do you feel the greatest kinship with?
Water, possibly so I could join the music group and finally have all four elements...that's bugged me for decades.

If you had the honor of naming something really big (a country, a spaceship, a planet) what would you want it to be and what would you name it?
Planet, I'd name I Occupant. That way, billions of worthless pieces of mail sent to people would be redirected to the official name on the address and save this world from tons of junk mail and litter at the same time. Then, I'd wait till it was a few miles deep, set up plants to burn the mail for fuel, and provide cheap energy for passing starships.

If this question were any question in the world, what question would you want it to be and how would you answer it?
Why do you keep writing when there is so much already written? This is a serious question and answer from me. I keep writing because I love it and the world needs it. There are millions of readers out there who want more every day. And, even more than that, there are millions upon millions of people who depend on writers for much of their entertainment. Authors create movies, music, television, plays, books, comics, video games, educational material, and more. Yes, a lot of artists craft much of what I said without writing, but without the writing, all of these would either be boring or not exist at all. I don't think people respect that fact as much as they should. 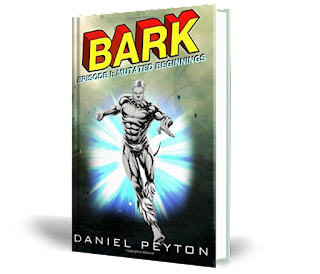 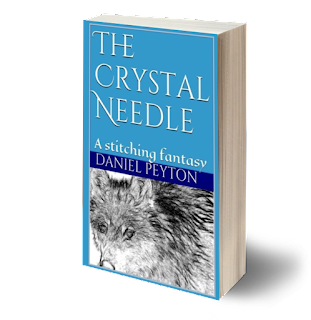